Who Will Win The NBA’s Eastern Conference? A Season-Long Betting Perspective

If you’ve seen my video Why You Should Definitely Not Bet On The Lakers, you know I’m generally not a fan of taking season-long bets (or as I like to call it, putting my dollar babies in prison) thanks to my belief in my abilities to acquire similar ROIs in shorter time-spans elsewhere. However, this season the NBA’s Eastern Conference is a little different in that much of the betting value rests with the top couple of teams, who seem to be as close to stone-cold locks to come out on top as there can exist in a professional sports league. So although I don’t think I’ll personally have a piece of the first couple of picks I present today, I do still think they offer value for those who enjoy making season-long bets. With that in mind, let’s take a look at two such bets now, followed by a sneakier one at higher odds that will help wet the appetite of my fellow action-junkies and hopefully give us a good sweat during the home-stretch of the 2019-2020 NBA season.

Up first is the Milwaukee Bucks at +165 (meaning every $100 wagered will return $165 in profits), an obvious pick for sure, but getting on the team with the best regular-season record and the reigning MVP – who in my opinion came one half-man half-bot short of winning it all – seems as good a place as any to begin hunting for value, especially considering the East has gotten considerably easier with said manbot taking his talents to the other Hollywood and the Nets still at least a year away from being in serious contention.

With that said I do think Milwaukee made perhaps the worst move of the off-season by letting GOAT sharpshooter Malcolm Brogdon go to a division opponent. And while I generally assume GMs are much smarter than I am when it comes to building a basketball team – especially when discussing a franchise as well run as Milwaukee – I do struggle to see the wisdom of building a team that is entirely reliant on floor-spacing and then refusing to pay the single best knock-down shooter in the conference. I know there were salary-cap and luxury-tax issues at play, but more often than not scared money don’t make money, so if Milwaukee’s 2019-2020 season ends as disappointingly as the last one, letting Brogdon go may be a move they look back at with great regret. The Bucks’ floor-spacing issues were further compounded when Nikola Mirotic elected to leave as well, choosing a life in the Euroleague over the NBA and dealing another blow to the Bucks’ quest for back-to-back Conference titles.

But it’s not all bad for Milwaukee, who was able to replace their outside sniper with Wesley Matthews – a player with similar skill-sets to Brogdon, though nowhere near as talented. The Bucks were also able to add some big-man depth with the signing of the other Lopez and Antetokounmpo brothers, while also keep the remainder of their core intact by resigning All-star Chris Middleton to a large extension. Taking all that into consideration Milwaukee will, in my estimation, begin the season in only slightly worse shape than last year, a negative that should be cancelled out by the fact that the path to the finals no longer has to go through LeBron or Kawhi. That’s why, although it’s not necessarily my cup of tea, Milwaukee +165 still offers one of the best season-long bets in the NBA.

If the measure of a team with serious playoff potential is the strength of their starting five, it’s hard to find a better situation in the East then the Philadelphia 76ers lineup of Ben Simmons, Josh Richardson, Tobias Harris, Al Horford and Joel Embiid. Not only was Sixers GM extraordinaire Elton Brand able to soften the blow of losing Jimmy Butler by getting one of the premiere self-creating scorers in the league (and a 37% sniper from behind the arc) in Richardson, but he also addressed perhaps the biggest hole in Philadelphia’s roster by adding depth and injury-insurance behind Embiid by signing Al Horford, which could very well be the lowkey best free-agent signing by a non-LA team this off-season. Adding Horford not only transforms the Sixers starting 5 into one of the best defensive units in the entire league, but also eliminates one of Embiid’s toughest 1v1 match-ups in the conference.

Meanwhile Brand was also able to add another perimeter threat by signing Raul Neto and his 38% three-point percentage, while bringing back another sneaky outside threat in Mike Scott. And although Philly’s depth at the point guard position leaves a lot to be desired, the hope is that Shake Milton – who torched the G-League this past season as a shooting guard to the tune of 25 points, 5 boards, and 5 assists per game while shooting 37% from behind the arc – will be able to translate at least some of that success playing off the Sixers bench. If that can happen, or Brand can continue his GM wizardry by adding some depth behind Ben Simmons before the trade deadline, Philadelphia’s +250 odds to win the East will seem like even greater value than it does now. 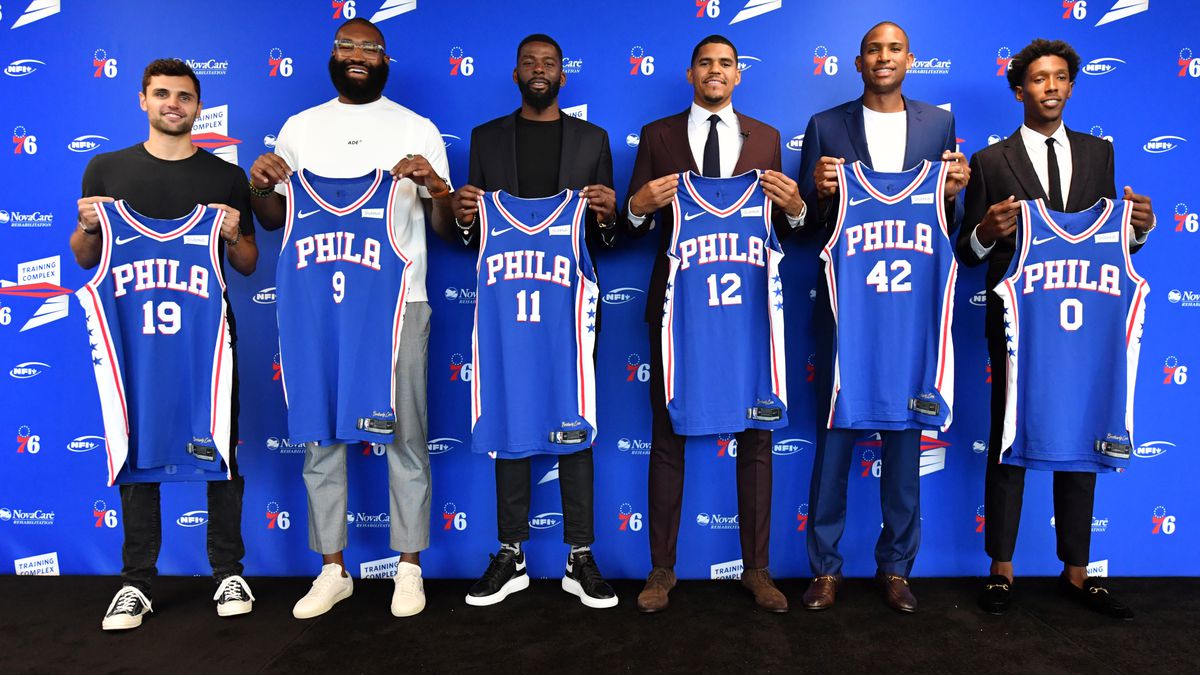 Although I was ultimately proven oh so wrong on the scoreboard, I felt quite strongly that people were sleeping on the Pacers last post-season after they finished in fifth place, just three games back of 3rd place Philadelphia. In fact, I went as far as placing a little chunk of action on Indi to beat the Kyrie unled Celtics following a 10-point loss in game one after they gave up a 26 to 8 3rd while winning every other quarter. Unfortunately the Pacers went on to lose the next three games to get swept out of the first round, but that original 10-point lost was the biggest of the series with Boston winning the remainder of the games by a combined 20 points, leaving myself and Pacers fans around the world dreaming of what could have been had Victor Oladipo been on the floor. Fortunately, if all goes well, we should find out the answer to that question this upcoming season, with Oladipo slated to return in December or January.

However, the Pacers – who finished with a 16-19 record after the injury to the 2019 All Star – were by no means satisfied with sitting back and waiting for Oladipo to return. Instead, Indiana attacked the free-agent market aggressively, making one of the biggest splashes in the Eastern Conference by stealing away the Bucks’ best shooter in Malcolm Brogdon, not only improving their own team but also weakening their division foes in the process. Brogdon’s signing should not be understated, with his off-the-ball abilities and insane shooting percentages from every spot on the court sure to spread the floor for his new teammates, giving Myles Turner and one of my favorite sleepers in the NBA Domantas Sabonis more room to work inside where they both had monster games this past season. Brogdon’s ball-handling abilities should also play a crucial role during the first part of the season while the Pacers await the return of their MVP.

But Brogdon wasn’t the only piece the Pacers added this off-season, bringing in Raptors killer Jeremy Lamb – who quietly had the best season of his career last year, serviceable Philly backup TJ McConnell, and TJ Warren, who was outright stolen from the Phoenix Suns. And although the losses of Bojan Bogdanovic and to a lesser extent Thad Young were painful pills to swallow, the value of the four incoming assets far outweigh those losses, clearly making the Pacers a better team than last season in a conference that should be softer for at least one season. So while it’s most definitely a bit of a ‘punt’, with an improved roster, weakened opponents, and one of the clutchest players in the NBA foaming at the mouth to get back in the action, there is undoubtedly some value on the Pacers at + 1400, and most definitely at +2000 or better in the first handful of games if Indiana takes a minute to sort out their on-court chemistry. 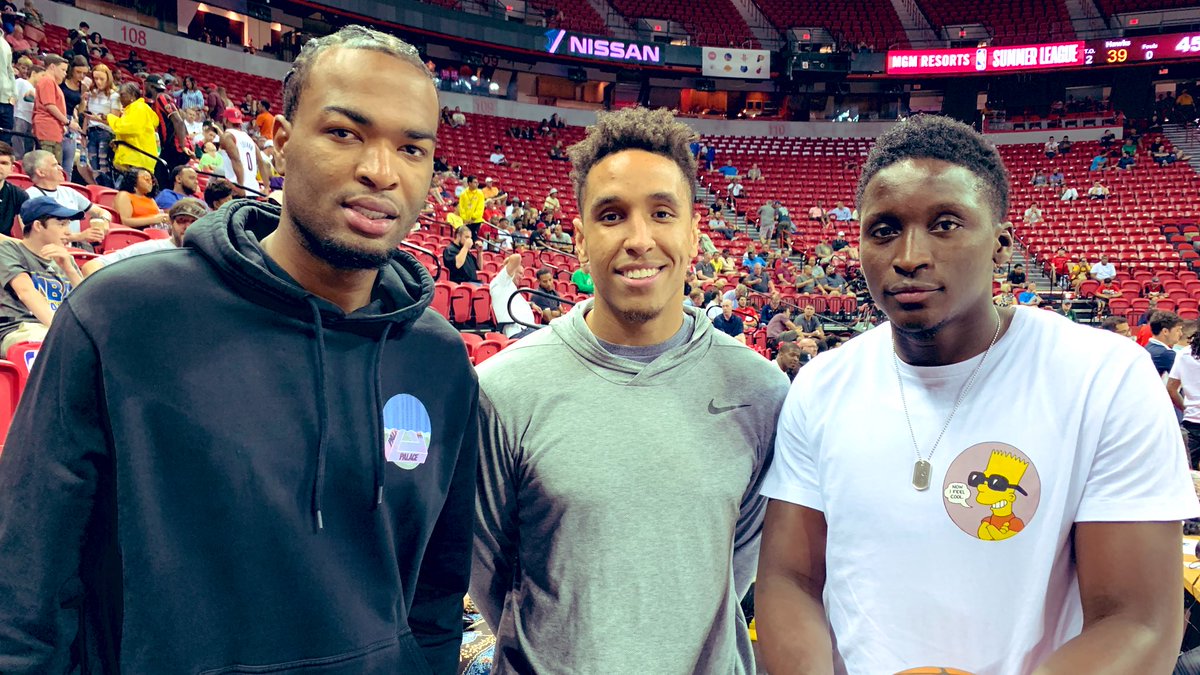 That’s it for today, bet safe out there and make sure to DM me on Instagram for an invite to join our free sports-betting community on Discord, where 300 members are talking picks and strategies around the clock.

Next Post
Who Will Win The NBA’s Western Conference? A Season-Long Betting Perspective