The Crypto Roundup – Mt Gox Sinks Bitcoin Again?
Previous Post
What You Need To Know About 12 Of The Best Cryptocurrency Exchanges in 2018
Share

Trending this week in cryptocurrency news:

IS THIS THE END OF COINBASE? BINANCE TO ADD USD PAIRINGS

Although Binance is based out of Hong Kong, the world’s largest crypto exchange has recently opened an office in Malta, a small Southern European island country with a more welcoming approach towards cryptocurrency. This after Japan’s Financial Services Agency issued a warning to Binance, who had first planned on moving to Japan.

With uncertainty surrounding cryptocurrency in China, Binance is dealing with local banks in Malta to deposit funds in fiat, meaning that users will soon be able to trade on Binance with USD and Euro coin pairings. This will undoubtedly make it easier for the average person to purchase Bitcoin, as well as the almost 300 other currencies currently traded on the exchange.

Not satisfied by that announcement alone, Binance CEO Zhao Changpeng recently tweeted some additional welcomed news about the state of Bitcoin and cryptocurrency:

Good to see volumes are returning across the board.

RELATED: What You Need To Know About 12 Of The Largest Cryptocurrency Exchanges

With these latest developments, it’s easy to wonder whether this will spell the beginning of the end for the much maligned current USD-Crypto heavyweight, Coinbase. If the #DeleteCoinbase trend of the past few months is any indication, there won’t be many tears from the peanut gallery if it is.

THE NSA KNOWS YOU CRYPTO

On March 20th it was reported by The Intercept that the NSA has been monitoring users on the Bitcoin blockchain and other competing cryptocurrencies since 2013 through a program code-named OAKSTAR.

The news comes from classified documents released by whistleblower Edward Snowden, showing the NSA not only tracked down Bitcoin users by examining the public transaction ledger, but also obtained personal details about users’ computers, such as passwords and internet activity.

OAKSTAR allowed the NSA to collect data as it traveled through the physical fiber optic cables that form the internet under a sub-program called MONEYROCKET, which was promoted as an “anonymization service” to attract users in the Middle East and Asia in an effort to counter terrorist activity. The data collection would then expand to other users and send their information directly to the NSA. This was all done under presumably false pretenses.

Another stark reminder that Big Brother is always watching….

The G20 summit took place this week in Buenos Aires, and the financial world was on edge as the topic of cryptocurrencies was under discussion.

Despite calls to regulate crypto by some G20 members, The Financial Stability Board (FSB), which coordinates financial regulation for the G20 economies, resisted taking any action, saying “crypto-assets do not pose risks to global financial stability at this time”, a move that quickly saw money flow back into the crypto market.

The summit concluded with a decision to propose regulations on cryptocurrencies by July of this year. In the meantime, each country will have to regulate crypto (or not) in the way they best see fit. With that said,  G20 members did release a statement agreeing that the Financial Action Task Force (FATF) – an intergovernmental body formed to fight money laundering and terrorist financing – would apply their standards to cryptocurrency. 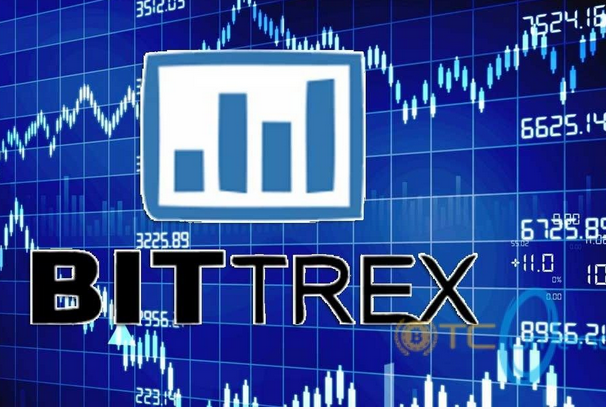 In an effort to combat the overwhelming number of cryptocurrencies hitting the market, cryptocurrency exchange Bittrex announced that as of March 30th it will delist a total of 82 coins to ensure that currencies “meet our strict coin listing criteria and have a properly functioning blockchain and wallet”.

Once the coins are delisted and their wallets removed, users will no longer be able to access them. Below is a list of affected coins, with Bittrex adding that “coins marked with an asterisk (*) have broken blockchains or wallets that will not allow withdrawals. In those cases, the inability to withdraw your balance is not due to the Bittrex Exchange platform, but is caused by a problem with the underlying blockchain or wallet associated with that coin.”

Anyone who’s been around crypto for a while knows the friction that exists between Bitcoin (BTC) and one of its many fork coin Bitcoin Cash (BCH). The two coins have been competing since 2017, with many Bitcoin supporters accusing BCH leader Roger Ver of a long list of deeds ranging from questionable to downright fraudulent. And with the fallout of Bcash getting listed on Coinbase still fresh in people’s minds, can you really blame them? Well we found one Canadian who says you can’t.

This week, Canadian Bitcoin entrepreneur Jonathan Hamel created headlines for a comment he made in front of Canada’s House of Commons Standard Committee on Finance, saying “Pay close attention, other cryptocurrencies are downright scams, like BCash.”

Hamel previewed the move on Reddit, where he wrote:

Spoiler : I’m gonna say “Bcash is a scam” and it’s gonna be archived forever in the Parliamentary records (not a blockchain but still…) Donations are welcome.

Although some question his request for donations, a move that was likely meant as a joke, it’s clear which coin Hamel is getting behind.

SUPPOMAN NOT SO SUPER? And finally this week, YouTuber “Suppoman” was recently called out on Twitter by a number of prominent cryptocurrency accounts for posting crypto-related advice videos and selling courses on trading cryptocurrency despite having no experience as a trader.

Suppoman’s lack of knowledge (at best) had him promoting a coin like Seele, which turned out to be an outright scam.

Adding fuel to the fire, Suppoman allowed a private message to appear on screen in a recent video showing he was in communication with Barabara Soltysinska of indaHash (IDH), a token he was in talks to promote on his channel. This was a deal he failed to disclose to his audience, prompting ‘shill’ calls across social media.

But the real creme de la creme of this recent meltdown, comes in the form of this embarrassing twitter interaction with a lead developer for the cryptocurrency Monero, who anyone in the industry would know is neither poor nor a ‘peasant’ (and are we really still calling people retarded in 2018 Suppo? Really?) 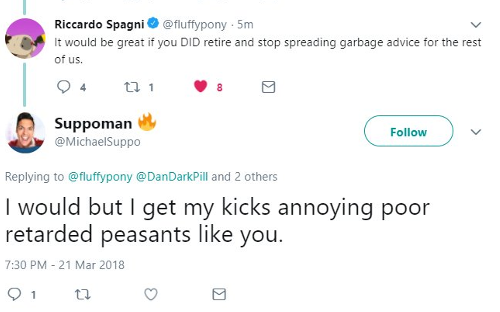 If you’d like to learn more about the Suppoman saga, check out this video from current cryptocurrency roast-master Doug Polk (the Suppoman takedown begins at 10:45)

With Hyperturbo poker popularity increasing daily, learn to remove these 3 common leaks from your